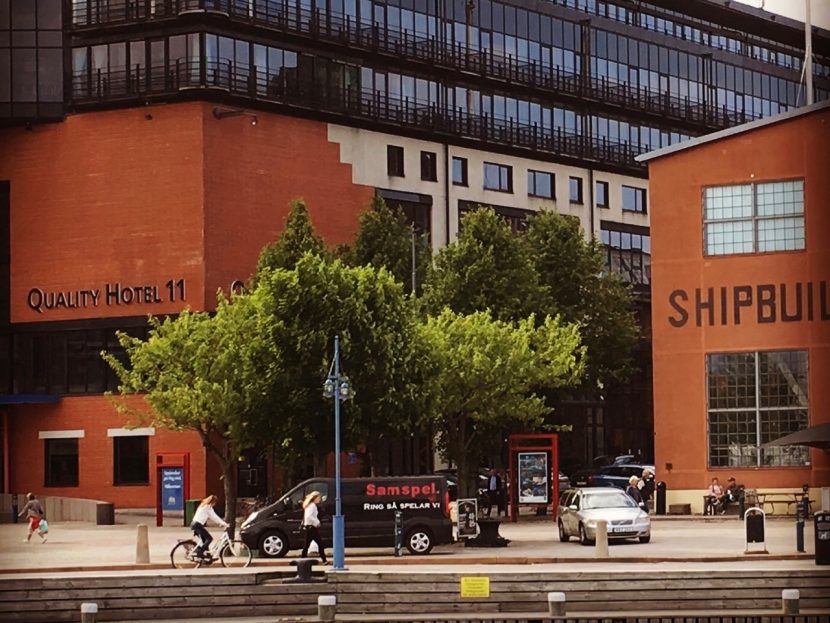 Back where it all started! If it hasn’t been for a brave, new thinking CEO at Hotel11 back in 1997, Samspel TeamMusic hasn’t been what it is today.
Two music students from the University of Gothenburg walked in to the reception with a crazy idea about using saxophones and trumpets as a kind of teambuilding. We got a meeting with the CEO of Hotel11 directly and she thought it was a brilliant idea!
To be honest we were a little bit surprised but now 20 years later we have used wind orchestra as a method to create interplay in organisations on thousands of people and we have been to Denmark, Great Britain, Poland, Switzerland and Spain and worked with all kinds of organisations.
Tonight we are back where it all started and tonight we are going to meet one of the biggest event bureau’s in the world. MCI.